The rights of children

To consent to their own health care

Under the law in BC, a child under age 19 may consent to their own health care — if they are “capable”.

The law considers a child capable if they understand the need for the health care, what the care involves, and the consequences (the benefits and risks) of getting the care — or not getting the care.

If a health care provider explains these things to the child and is satisfied the child understands them, and that the health care is in the child’s best interests, they can treat the child if the child consents to the care. The provider does not need the consent of the child’s parents or guardians. The child might have to sign a consent form.

For more on this topic, see our information on children and consent to health care.

If they are hospitalized against their will for psychiatric treatment

A child under age 16 can be hospitalized against their will for psychiatric treatment in one of two ways:

In both cases, the child has the right to be told why they’ve been admitted and the right to contact a lawyer immediately. If they want to leave but their doctor won’t let them, the child can ask for a hearing by a review panel or court.

A child age 16 or older can be admitted against their will for psychiatric treatment only as an involuntary patient. To find out more about involuntary admissions, see our information on hospitalizing a mentally ill person.

If they are “in care”

If a child is in the care of the province, or in care, BC’s child protection law gives the child certain rights. They include the right to be consulted and give their views on decisions that affect them. They also include the rights to reasonable privacy, to be free from physical punishment, and to be informed about (and helped to contact) the Ombudsperson and the Representative for Children and Youth. (We give contact details for these two offices shortly.)

For more information, see the publication Know Your Rights: A Guide to Rights for Young People in Care, published by the Ministry of Children and Family Development. Also, the Ministry website includes a section for if you’re a teen in foster care.

If they are charged with a crime

The Youth Criminal Justice Act explains how police, courts, and the correctional system must treat young people age 12 to 17 who are arrested for, charged with, or convicted of a crime under federal laws.

The most important federal criminal law is the Criminal Code. It covers common crimes like shoplifting, breaking and entering, car theft, and assault. Other federal laws deal with things like possessing and selling (or trafficking) illegal drugs.

Provincial laws cover many other crimes, such as drinking under age, trespassing, and breaking traffic laws.

What kind of input can children have on things that affect them?

Under many laws, the views of a child must be considered in making decisions affecting them. Some laws require the child’s approval.

Under the Family Law Act, in making an agreement or order about guardianship, parenting arrangements, or contact with a child, the parties and the court must consider the best interests of the child only. The law lists the child’s views as one factor that must be considered in determining their best interests, unless it would be inappropriate to consider them. Both the age and maturity of a child are important when a court considers a child’s views.

If a person other than a child’s parent applies to court for an order appointing them as the child’s guardian, the Family Law Act requires the child’s written approval (if they’re age 12 or older). The approval is not required if the court is satisfied the appointment is in the best interests of the child.

Under BC’s child protection law, a child in care of the province has a right to be consulted and to express their views, according to their abilities, about significant decisions affecting them. If the child is age 12 or older, any consent court order must have the child’s consent.

Under BC’s adoption law, if a child is age 12 or older, their consent to being adopted is required. The views of a child between seven and 11 must be considered.

When a family breaks up, can children choose which parent to live with?

If the parents can’t agree, a court may have to decide who the children live with. Under the Family Law Act, the parties and the court must consider the best interests of the child only. The law lists a number of factors that must be considered, including the child’s views, unless it would be inappropriate to consider them. Both the age and maturity of a child are important when a court considers a child’s views. A court often assesses a child’s maturity by examining how the child behaves at home and at school.

Can children access money held in trust for them by the Public Guardian and Trustee?

The Public Guardian and Trustee pays all a child’s money (with interest) to the child when they turn 19. The Public Guardian and Trustee may also use some of a child’s money — before the child is 19 — to pay for things a child or their family cannot afford, such as school fees, tutoring, camps and trips, transportation, computers, and dental needs.

For more information, check with the Public Guardian and Trustee. Visit their website or call 604-660-4444.

Children who would like to talk to someone can call the Helpline for Children. This confidential service operates at any time of the day or night.

For children and families

A child receiving services from the Ministry of Children and Family Development (or their family member or caregiver) who disagrees with something the ministry did or decided, has a right to complain and be taken seriously. The Ministry website provides information on how to make a complaint.

The Provincial Ombudsperson responds to complaints about ministries, schools and other provincial authorities that affect children and youth. 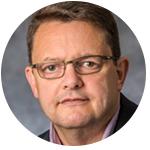