Minimum wage is the lowest amount an employer can pay a worker. If you’re a worker in BC, we’ve got key things to know about earning the minimum wage.

The minimum wage applies to most (but not all) workers

There’s a law in BC that requires employers to pay their workers at least the minimum wage. This law applies to most workers in the province, but not all. For example, independent contractors aren’t covered. Nor are babysitters, or people working in certain licensed professions.

Workers who aren’t covered aren’t entitled to the minimum wage set by the law.

If you’re unsure whether you’re covered, we’ve got guidance on this point. See who’s covered by BC’s employment standards law.

There's a general minimum wage in BC

In BC, most workers covered by the employment standards law are entitled to receive the general minimum wage. As of June 1, 2022, it is $15.65 per hour.

Tips don't count towards your wages

Tips are paid by customers in appreciation of good service. Importantly, tips don’t count as wages. Your regular wage — before tips — must be at least the minimum wage.

Trainees are entitled to the minimum wage

BC’s employment standards law applies to workers who are being trained for a job. That means that rules around minimum wage apply to trainees.

If you want more on what we’ve covered, check out our in-depth info on this topic. See earning the minimum wage. 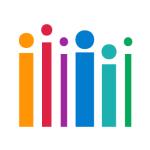 Dial-A-Law has more information on Getting paid in the section on Work.