Getting married in British Columbia

You’ve decided to tie the knot. Congratulations! Learn the legal requirements and the steps involved to get married in British Columbia.

“My partner and I are getting married next month! Last week, I bought a marriage licence through a local notary public. I also hired a licensed marriage commissioner to do our ceremony. Within two days of the ceremony, she’ll send the paperwork to the government to get our marriage registered. After that, we’ll receive our marriage certificate. I can’t wait until we can put the 'Just Married' sign on the back of our car!” 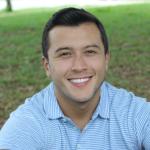 Who can get married in BC

Before you can get married in British Columbia, you must meet these qualifications at the time of the marriage:

To get married, you need a licence

You don't have to be a resident of British Columbia to get married here. Blood tests aren’t required. But you do need a marriage licence to get married.

At some time in the three months before your wedding date, you’ll need to get a marriage licence. We explain below how to get one.

If you don’t get married within three months, the marriage licence expires, and you’ll need to apply for a new one.

If one of you was married before, you must show proof of your divorce before you can get a marriage licence. This is usually done by providing the original or certified true copy of your divorce order, certificate of divorce, or annulment.

You can get married in a religious or civil ceremony

Not all religious officials are licensed under the Marriage Act. If you want, you can first be married in a civil ceremony. Then you can have a religious ceremony. If you do that, it doesn’t matter if the religious official is licensed to perform marriages because you’ll already be legally married.

There’s no need for a public announcement of the marriage to be published before the marriage ceremony takes place.

Your marriage will be registered

In BC, the marriage commissioner or religious official who conducts the ceremony will help you register your marriage with the Vital Statistics Agency. This is the government office that registers all marriages that occur in BC. We explain how this works below.

The person who conducts your ceremony may give you a document confirming your marriage. This can be used to prove you’re married before your marriage is registered and you receive your government-issued marriage certificate.

If someone doesn’t agree with the marriage

If someone believes there’s a reason why two people should not marry, they can try to stop the proceedings. This is done by filing a document called a caveat with a marriage licence issuer. In this case, a marriage licence will not be issued until:

If a caveat has been filed, you should speak to a lawyer.

Steps to getting married

Step 1. Get a marriage licence

You both need to show “primary” government-issued photo ID, such as a birth certificate or a citizenship card. The licence costs $100.

Step 2. Have the marriage ceremony

The person performing the marriage ceremony must be licensed to perform marriages under the provincial Marriage Act. See “What you should know,” above, for details.

The marriage ceremony must take place in the presence of at least two witnesses. (The marriage commissioner or religious official don’t count as witnesses.)

Step 3. Your marriage will be registered

After the marriage ceremony, the couple, two witnesses, and the official marrying them must sign the marriage licence, and a registration of marriage form.

Within 48 hours of the ceremony, the registration of marriage form must be sent to the Vital Statistics Agency for registration. The person who conducts your ceremony will normally take care of this for you. If you’re not sure, ask them if they will.

The Vital Statistics Agency will send you a marriage certificate.

The Vital Statistics Agency is the government office that registers all marriages that occur in BC.

The wikibook JP Boyd on Family Law, hosted by Courthouse Libraries BC, has information about how to get married in BC. 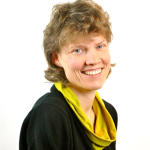 Dial-A-Law has more information on Family relationships in the section on Families + Children.