Be careful when you make promises, or pay someone to do something. Even if nothing’s in writing, it can still be a legal contract. Here’s what to look out for.

What is a contract

First, let’s go over the basics of a contract:

What is a meeting of the minds?

There can be verbal negotiations leading to an agreement, the two sides closing the distance before coming to terms. Or it can happen without any real formalities, as when you buy something from a shop. Offer, acceptance: done.

The offer must be capable of being accepted by the other party by just saying “yes.” So, a generic “for sale” sign on a used car is not an offer, because there is no price.

Up until an offer is accepted, the person making it can withdraw it at any time. But if the offer is not withdrawn, it becomes binding as soon as it is accepted.

The acceptance of the offer must be an acceptance of, well, that specific offer. As it is. Any response that changes the terms (“You want $100 for that lawnmower but I’m willing to give you $90”) is considered a counteroffer. Now you’ve pushed reset. The counteroffer is the new offer, and no contract is formed until the other person accepts it.

What about quotes and estimates?

If someone gives you a quote, and you agree, that locks in the price. They can’t now charge you more. You made a contract.

Value exchanged (your lawyer friend would call it consideration) means that each party gets and gives something. It doesn’t have to be an even deal, nor does it have to be apples-to-apples. (You can sell your bike in exchange for, say, five dog walks.) But, if you get a bike for free, you may have a hard time calling that transaction a contract.

What does "intention to be bound" mean?

For an agreement to be legally enforceable as a contract, both sides must intend to be bound by their promise. This doesn’t happen out loud; it gets inferred from behavior.

For example, offering a friend a ride in your car isn’t typically a contract. But what if you drive your friend to work three days a week in exchange for $20 each week towards gas? That’s looking like a contract. And your friend may have a claim if you don't show up.

Who can make a contract

Can anyone make a contract?

If you aren’t capable, you can’t make a contract. Capable means you understand the terms and want to be bound by them. If you have a disability, or if you don’t speak the language in the contract, this means you may not be capable.

How old does someone have to be to enter into a contract?

A person of any age can enter into a contract in BC. But special rules apply to minors (someone under 19). A minor can enforce a contract, but it can’t be enforced against them. So, if you hired Jimmy’s 17-year old son to paint your fence, he can get out of the contract without any penalty.

But if the contract is essential for their well-being (like, say, a lease of an apartment), then the contract can be enforced against a minor.

And once they reach 19, if they agree to be bound or start performing their end of the bargain, then it becomes an enforceable contract.

Does a contract have to be in writing?

In most cases, no. A contract is the agreement between people; a written document is usually just proof of the agreement. Some kinds of contracts must be in writing. For example:

More examples of contracts that must be in writing:

Can a contract be made by email?

Agreements made in emails can be valid contracts, just as oral agreements can. It makes no difference if the agreement is set out on paper or in an electronic format. It also doesn’t have to be signed to be valid. Acceptance can be inferred from behaviour (or writing). An email may be the entire agreement or part of an agreement.

Subject matter has to be legal

You can’t enforce a contract for something illegal. (You can also get in trouble with the authorities!)

There’s a handful of steps to take before signing a contract.

Step 1. Do your research

Step 3. Get it in writing

Step 4. Read and understand before signing

Step 1. Do your research

Before making a contract, gather information from credible sources (not just Google or Amazon). Consumer Reports is an independent, non-profit source of product reviews. Visit the Consumer Reports website.

If you’re hiring a service provider such as a contractor or tradesperson, ask for the names and phone numbers of people they have worked for in the past. Call these folks up and ask: What was the quality of the work? Was it done on time and within budget?

Reach out to two or three service providers, and compare prices.

When you make an offer to the seller or other party, speak with confidence. Be polite and reasonable, but firm. It’s common for the parties to go back and forth with changes to an agreement until they are both satisfied.

Step 3. Get it in writing

Even if it isn’t required, you should have a written agreement if you are exchanging something substantial, like:

If a problem arises, you can go back to the written contract rather than argue over “who said what.” You can also use email to confirm terms you agree to orally. Doing so can be very helpful if you later disagree as to what were the terms.

Ready to get started? We've got a resource to help. It's a step-by-step walkthrough of how to write a legal contract. Great news: the agreement doesn’t have to be many pages long, nor full of the mumboest of jumbo.

Step 4. Read and understand any contract

Read the fine print on any contract before you sign. Don’t take signing lightly.

If the other party makes a counteroffer to your original offer and you’d like to think about it, that’s OK. You can stop the deal if you feel like you’re being pressured into paying too much or buying additional features. Don’t succumb to FOMO.

If you need help with consumer-related issues, consider getting in touch with the following agencies.

Assistance relating to certain types of consumer problems and contracts in BC.
Call 1-888-564-9963Send emailVisit website

If you find yourself in a pickle over a contract, consider getting legal advice. (Or, in the case of the third option, take a self-help approach.) 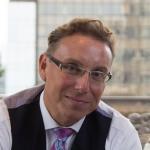 Dial-A-Law has more information on Contracts in the section on Consumer.