If you're not happy with a service

If you hired someone and you’re not happy with their work, you have options, and rights. It can feel overwhelming, but there are steps you can take to help yourself.

Your options if the other party is in breach of contract

When you hire someone to perform a service, you’re making a contract. They’ve made a promise to you in return for payment. If they’ve broken the terms of that promise, they’re in breach of contract.

A breach of contract can be dealt with in one of three ways. Which applies depends on what exactly is wrong and what kind of agreement you made.

Option 1. The contract can be cancelled. This puts the parties back to the situation they were in before the contract was made.

Option 2. The party in breach can be made to pay damages. This is money to cover the injured party for their losses.

Option 3. The party in breach can be made to perform the contract. Basically, they’re being told: Do what you promised.

You’re no doubt curious about which option applies. The key factor is how important the breach is. That is, whether or not it relates to a condition in the contract.

A condition is a term of the contract that’s crucial — so crucial that without it, you’d never have agreed to the contract in the first place.

Examples of what amounts to crucial would be the price you were going to pay for the services, or the scope of what was going to be done.

If the work is poorly done

Under the law, certain terms are implied in all service contracts. The person you hire must:

If you hire someone to perform a service, and the work is badly done, you can argue the service provider broke one of these implied terms of the contract — for example, they didn’t do the work in a “proper and workmanlike manner.”

If a service provider misled you or used unfair practices

A service provider can’t mislead you. For example, they can’t tell you — or advertise — that their services are of a high standard when they aren’t, or that something’s on sale when it’s not.

And they can't use unfair practices. For example, they can’t charge you for unnecessary services. And they can’t exploit you, like take advantage of a disability or language difficulty you might have.

If the service provider did something misleading or unfair, any agreement you signed is no longer enforceable. You can walk away. Remember, though, if you just feel like it's unfair (and it isn't something objectively unfair), and you walk away from paying, you can be exposed to a lawsuit.

Work out the problem

There are steps you can take to work out the problem.

Step 1. Prepare your thoughts, including the outcome you’re seeking

Step 1. Know what's wrong and what you want

Put together some notes. What’s the problem? When did you first notice it? What, if anything, did the other party say that persuaded you to make the contract in the first place?

Decide the outcome you’re seeking. Do you want the service provider to put things right (that is, redo or repair the work)? To reduce their bill? To stop their work and cancel the remainder of the contract?

You can do this in a conversation or in writing. The advantage of writing is that there’s a clear record of your complaint.

Be firm and businesslike, but polite. Cover these points:

It’s a good idea to start with a template letter. We have some templates that might help.

If you don’t get results from complaining to the service provider, you can file a complaint with a consumer protection agency. One option is Consumer Protection BC. They have an online complaint form. They can help resolve issues resulting from a breakdown between you and a service provider.

If you can’t solve the problem with the above steps, your next option may be to take legal action. You can consider suing the other party for breach of contract or negligence.

For claims of under $5,000, you can apply to work out your dispute with the Civil Resolution Tribunal. This is a cheaper and faster option than going to court. You don’t need a lawyer to do this!

If you want to dig deeper, we explain these steps in more detail. See our in-depth coverage of if you're not happy with a service provider.

There are options for help if you’re not happy with a service provider.

The good news is that not all legal advice comes with a hefty price tag. 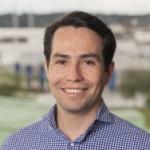 Dial-A-Law has more information on Service providers in the section on Consumer.