Pleading guilty to a criminal charge

A criminal conviction can seriously affect the rest of your life. Understand what it means to plead guilty to a criminal charge, and learn the steps involved in the process.

A criminal conviction can seriously affect you

No one likes going to court. Some people are terrified at the thought of it. And if charged with a crime, they plan to go in, plead guilty, and get out as fast as possible. That's a normal reaction. But it may also be a big mistake, because a criminal conviction can seriously affect the rest of your life.

Pleading guilty means you accept responsibility for the crime. A judge will penalize (sentence) you. You may have to pay a fine, be put on probation, or go to jail. You could get a criminal record.

These things can seriously affect you. A criminal record can prevent you from travelling to other countries, getting certain jobs, and applying for citizenship. You may lose your fishing, hunting, or driver’s licence for months, years, or the rest of your life. Having a criminal record could also affect your child custody rights in a family dispute. For more, see our information on criminal records and record suspensions.

You may be eligible for diversion

You can avoid a criminal record in certain circumstances. Your case may be eligible to be dealt with through alternative measures (also called diversion) if:

If your case is diverted, the court won’t sentence you. Instead, you report to a probation office and follow a program set out for you. The program may include community service work or counselling. The prosecutor has to agree to the program, and the probation office has to accept you.

If you complete the diversion program set out for you, the criminal charge is stayed (meaning the Crown won’t go ahead with the charge against you). This means you won’t get a criminal record.

The steps in the process

Step 1. Find out if you qualify for legal aid

People under age 18 who have been charged with a crime are automatically entitled to a lawyer at no cost. They also need a parent or guardian to be with them in court at their first court appearance. For more, see our information on young people and criminal law and youth justice court trials.

You will have been given a document telling you the date of your first appearance in court. You must go to court at that time and date. If you don’t, a warrant may be issued for your arrest, and you could be charged with an offence (failing to appear in court).

What happens at the first appearance

The prosecutor may also give you their initial sentencing position, which is the sentence (or penalty) they think the judge should give you.

When you arrive at court

Make sure you arrive at court on time. If you do not have a lawyer, tell the sheriff you are present. When your name is called, stand up in front of the judge or justice of the peace and introduce yourself. Ask the prosecutor for the disclosure and initial sentencing position.

At this point, ask to adjourn your case (put it on hold) for as long as you need (or the court will allow) to read the material, talk with a lawyer, and decide on how to proceed.

Step 3. Talk with a lawyer

At this point, speak with a lawyer before you do anything else. A lawyer can tell you about your legal rights and options, how strong the Crown’s case is against you, and what kind of sentence you might get if you plead guilty.

Most courthouses have lawyers called duty counsel. They give free legal advice to people who have a case in the courthouse on that day. Duty counsel might be able to help you.

If the prosecutor is asking for jail in the initial sentencing position, and you have a low income, find out if you qualify for a free lawyer under legal aid.

Step 4. Decide how to proceed

In responding to the charge against you, you must decide how to plead. You can plead guilty or not guilty.

A guilty plea means you accept responsibility for the offence. If you decide to plead guilty, you will go before a judge for sentencing.

Pleading not guilty means you are making the prosecutor prove the case against you. (It does not mean you deny you committed the offence.) The law presumes you are innocent, and the Crown must prove you are guilty. If you decide to plead not guilty, the court will set a date for your trial. For more details, see our information on defending yourself against a criminal charge.

In deciding how to proceed, you can ask for more time (an adjournment) to decide how to plead.

Or you can talk to the prosecutor about whether they would recommend you for diversion. As we explained earlier, this program may be available to you if the charge against you is minor and your first offence, you accept responsibility for the crime, and you feel sorry about what you’ve done. If you carry out the diversion program, the criminal charge is stayed and you don’t get a criminal record.

It is very important to review the disclosure with a lawyer to help you decide what to do. There may be a legal defence to the charge you don’t know about. A lawyer can also help you understand what kind of sentence you might get if you plead guilty. For example, if you have a previous criminal record, even for an unrelated type of offence, you may be facing a stiffer penalty, possibly jail.

Step 5. Prepare for the sentencing hearing

If you decide to plead guilty, your case will go before a judge for sentencing.

To prepare for the sentencing hearing, gather any reference letters, school records, or other documents that might help you.

Try to get a letter from your employer or a family friend that knows about your situation. If they can say something good about you, it may help the judge have a good opinion of you. For example, if you were unemployed when you committed the offence and that was partly why you did it, but you now have a steady job, a letter from your new employer will show the court you are working to improve your situation.

If alcohol or drugs contributed to your actions, a letter from the local Alcoholic Anonymous or Narcotics Anonymous group saying you have been attending regular sessions can help when the judge decides what penalty to give you.

After saying you intend to plead guilty, you will get an official document telling you when you have to appear in court for sentencing.

On that date, dress neatly and go to court at least 30 minutes early. Find the prosecutor and tell them what you want to do.

You may want to speak to duty counsel before you plead guilty. Duty counsel can speak on your behalf during the sentencing if you wish.

During the sentencing hearing, the prosecutor will tell the judge about the facts of the offence, usually reading from the police report and witness statements. Listen carefully. If you disagree with anything, you can say so later.

The prosecutor will suggest to the judge which type of sentence they think is appropriate. For example, the prosecutor may suggest a conditional sentence, where you must meet certain conditions, such as attending counselling or not having contact with someone.

You don't have to agree, and the judge does not have to follow the prosecutor’s suggestions — even if you agree with them. The judge can give you a different sentence.

Once the prosecutor is finished making their submissions, it is your turn to speak to the judge.

The judge may ask you questions, such as whether you disagree with anything the prosecutor said. You might agree you are guilty but disagree with some of the circumstances. If that’s the case, say so. If you feel bad about what you did, tell the judge, even though you might be embarrassed. If the judge believes you are sincere, and remorseful, that will help.

The judge will want to know some things about you, such as your age, your marital status, how many people you support, if you are working, and your plans. Give the judge any important information about these things. For example, if you don’t have any money to pay a fine, or if a criminal record would ruin your plans for joining the armed forces, explain those things to the judge.

The judge may ask and you may discuss whether there were any problems that contributed to your actions, such as addictions, anger problems, or financial problems. The judge may ask whether these things are still a problem and whether counselling or treatment is necessary.

After everything is said, the judge will give you a sentence, or penalty. Depending on the offence and your background, it could be a discharge, a fine, probation, or jail. We have more on possible sentences.

If you are fined, you may ask for time to pay. Depending on the amount of the fine, the judge may give you a long time to pay.

If you do not understand something, ask the judge to explain it to you.

If you haven’t done so, contact Legal Aid BC to find out if you qualify for a free lawyer under legal aid.

If you cannot afford a lawyer or get legal aid, try to talk with a lawyer before your trial. Some legal help is better than none. On your first appearance in court or when you enter your plea, you can talk to duty counsel at the courthouse. They can give you brief advice and speak for you the first time you appear in court.

At student legal clinics in the Lower Mainland and Victoria, law students can help if you’re charged with a summary conviction offence (a less serious crime) and likely won’t get a jail sentence if you’re convicted.

Legal Aid BC has a number of criminal law publications. They explain your options if you’re charged with a crime, how to represent yourself in a criminal trial, and speaking to the judge before you’re sentenced. 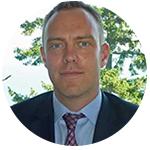 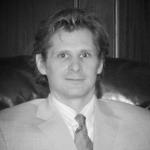 Dial-A-Law has more information on Charged with a crime in the section on Crime.