The main law in British Columbia setting out the rights of workers is called the Employment Standards Act. Most (but not all) workers in the province are protected under this law. Learn if you’re covered.

Most workers are covered

The Employment Standards Act applies to employees. The definition of who is an employee is very broad. It’s intended to cover as many work relationships as possible.

You’re seen to be an employee under this law if any of the following apply:

If you meet the definition of employee, you’re covered by the Employment Standards Act unless an exception applies. There are a number of exceptions; we’ll go through the main ones.

If there’s any doubt whether an exception applies, it is resolved in favour of the worker. The Act applies.

Exception if you work as an independent contractor

The question of whether someone is an employee or an independent contractor can be tricky.

There are several factors to consider. An employee (as defined in the Act) is a person “entitled to wages for work performed for another.” An employer is a person who has “control or direction of an employee.”

The topic of direction and control is important. Does the person paying you direct the work and say how it’s done? If the answer is “Yes,” that leans towards you being seen as an employee.

Independent contractors are less controlled by the employer. A contractor would be more likely to set their own hours, determine how to perform the work, and provide their own equipment.

A contractor also shares more of the risk. They’re more likely to be financially affected than an employee if the business does well or poorly.

More “Yes” answers mean you are more likely to be seen as an employee than as an independent contractor.

Signing something saying you’re an independent contractor doesn’t make it so. You may still be an employee under employment standards law.

Exception if you work in a federally-regulated workplace

If you work for an employer regulated by the federal government, you’re not covered by the Employment Standards Act. Instead, a federal law applies.

Which employers are federally regulated? Examples include banks, airlines, and telecoms. Here's a list of federally-regulated businesses and industries.

The Employment Standards Act doesn’t apply to babysitters. A babysitter is someone employed solely to attend to a child or other person in someone else’s private residence. It’s not someone working in a day care facility.

Some occupations are partially excluded from the Act

Some occupations fall partly outside the Employment Standards Act. This means some of the laws apply to these occupations but others do not.

Here’s an example. High-tech professionals are excluded from the sections of the Act dealing with hours of work, overtime, and statutory holiday entitlements.

The Employment Standards Branch lists the occupations that are excluded from parts of the Act. See their website.

Managers are partially excluded from the Act

Managers are excluded from the parts of the Employment Standards Act that cover hours of work, overtime, and statutory holiday pay. They are otherwise covered (if none of the other exceptions apply).

A manager is defined as a person whose main duties are supervising or directing human or other resources, or employed as an executive.

The title “manager” doesn’t legally make someone a manager.

If you're a member of a union

Workers who belong to unions are covered by the collective agreements negotiated between their union and employer.

For collective agreements made or renewed after May 30, 2019, they must meet or exceed the minimum standards of the Employment Standards Act in a number of areas. These include hours of work and overtime, statutory holidays, and minimum notice provisions.

If you're not covered by employment standards legislation

Just because you’re not covered by the Employment Standards Act doesn’t mean you have no rights in the workplace. Other laws still apply to those who are excluded from the Act. For example, human rights laws protect all workers from discrimination. Workers compensation laws help make all workers safer.

If you feel your rights have been violated at work, seeking legal advice can help. It’s a way to better understand which laws apply to you and what your options are to resolve your dispute. There are options for free or low-cost legal advice.

You can reach out to these agencies to help clarify whether you’re covered by employment standards law.

Administers the law in BC that sets minimum standards for workers.
Call 1-800-663-3316Visit website 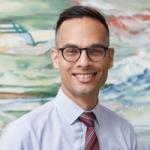 Dial-A-Law has more information on Your work status in the section on Work.