The law of defamation protects a person’s reputation from harm that is unjustified. Learn what kinds of communication are considered defamatory, as well as the defences to a defamation action.

The law of defamation protects a person’s reputation

Defamation is communication about a person that tends to hurt their reputation. It causes people who read or hear the communication to think less of the person.

However, protecting someone’s reputation can restrict other rights, such as the guarantee of freedom of expression under the Charter of Rights and Freedoms.

The law tries to balance these competing rights. Sometimes, even though someone makes a defamatory statement that harms a person's reputation, the law considers freedom of expression more important.

Defamation can also be a crime under the Criminal Code, but this is rarely prosecuted. This information is about civil, not criminal, defamation.

If someone defames you

If someone defames you, you can sue them for money (called damages) for harming your reputation.

To show that someone defamed you, you must show that:

The law doesn't protect you from a personal insult or a remark that injures only your pride. It protects your reputation, not your feelings. If someone in a public meeting calls you a nasty word, your feelings might be hurt, but you would have a difficult time showing the communication lowered your reputation in the minds of others.

If someone tells others you cheat in your business dealings, then you would have a much stronger claim that this harms your reputation and is defamatory.

You are not required to show the defendant intended to do harm, or even that the defendant was careless. If you prove the required elements, the onus then shifts to the defendant to put forward a defence in order to escape liability.

If someone publishes a statement that discriminates against you or is likely to expose you to hatred, they may have violated your human rights. See our information on human rights and discrimination protection.

If defamation is written or otherwise recorded, it is called libel. Libel is defamation that leaves a permanent record. Examples would be statements on social media or other online platforms, in newspapers, letters, or emails, or on radio or TV broadcasts. Libel can also be a picture.

If the defamation leaves no permanent record, it is called slander. Mostly this involves spoken statements. It can also be a hand gesture or something similar.

The law treats slander differently from libel. With slander, you have to show you suffered a financial loss to get compensation, unless the communication:

If the words spoken don’t do any of these things, then you would have to show the words caused you a financial loss to establish slander.

Defences to a claim of defamation

The following are defences to an action for defamation.

A statement may hurt your reputation, but if the statement is true, that is a complete defence to an action for defamation. The person who made the statement can defend their statement by proving it is more likely true than not.

Freedom of speech without fear of consequences is considered critical for the effective administration of justice. A statement made in judicial proceedings is protected by a defence of absolute privilege. This is a complete and unqualified defence to an action for defamation.

Absolute privilege also protects a person who makes a defamatory statement in a quasi-judicial proceeding, like a hearing before a professional regulatory body such as the Law Society of BC.

But absolute privilege does not protect a person who repeats their statement outside of the court or judicial process.

A defamatory statement made in performing a public or private duty can be protected by qualified privilege. The protection only applies to statements made to people with a corresponding interest in receiving the statement.

The duty can be legal, social, or moral. The test is whether a person of ordinary intelligence would think a duty existed to communicate the information to the audience it was made to.

There are no exact rules on when qualified privilege arises. It depends on the facts of a case. If the communication is made under qualified privilege, the defence applies even when very strong language is used, or the statement is false.

It is hard to rely on this defence for statements made on the internet because the defence protects a person only if they limit their defamatory statements to people who have an interest in hearing the communication. Defamatory statements on the internet are not limited this way. Instead, they go to the public at large. So they do not meet this test unless it is a matter the public would be interested in, or the communication is on a members-only site or service and not open to the public.

We all are free to comment — even harshly — about issues of public interest, as long as we are clear that our comments are:

A more recent defence to libel claims deals with reporting on matters of public interest. Journalists should be able to report statements and allegations — even if not true — if there’s a public interest in distributing the information to a wide audience. This defence, which looks at the whole context of a situation, can apply if:

The courts have defined the term “journalist” widely to include bloggers and others publishing material of public interest in any medium.

The defence of innocent dissemination is important in the internet era. Generally, a person who takes part in publishing a defamatory statement is responsible for its publication. This includes a writer, editor, printer, and distributor. But a person who acts only as a distributor may be able to rely on the defence of innocent dissemination if they:

What’s involved in suing someone for defamation?

A defamation lawsuit in British Columbia must be brought in Supreme Court, not Provincial Court. It must be brought within two years of the defamation. This window of time is the limitation period. The clock starts running when the defamatory statement was made or published. To start the lawsuit, you must file documents in court and deliver them to (“serve” them on) the other party. For details, see our information on starting a lawsuit.

Going to BC Supreme Court is expensive. Even if you win, you may spend more on legal fees than you get in damages. A court can award costs to the winner of a lawsuit, but costs cover only a small portion of your full legal costs. For alternatives to bringing a lawsuit, see our information on resolving disputes without going to court.

What kinds of damages might be awarded in a defamation lawsuit?

If the person bringing a defamation lawsuit (the “plaintiff”) can prove that someone defamed them, and the defendant does not have a defence to the claim, then a court may award general damages for loss of reputation. General damages can range from small to large amounts. It depends on several factors, including:

The mode and extent of publication is a particularly significant consideration in assessing damages in internet defamation cases.

The plaintiff may also be entitled to special damages, such as lost earnings, but only if they can prove that the lost earnings resulted from the defamatory statement, and not from other factors.

If someone makes defamatory statements with malice, the plaintiff may also be entitled to aggravated or even punitive damages.

What is the effect of an apology?

A newspaper or a TV or radio station that publishes or broadcasts a libel can limit the amount of the damages they may have to pay by publishing or broadcasting an apology right away. But an apology or retraction does not prevent someone from suing for defamation. It just limits the damages. 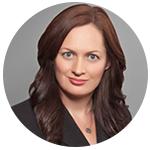 Dial-A-Law has more information on Privacy & reputation in the section on Rights & citizenship.