A lawsuit is a way to get money or other relief if something’s gone wrong. Learn what to consider and what is involved in starting a lawsuit in British Columbia.

A lawsuit is a way to get money or other relief if something’s gone wrong. It might be getting poor service under a contract, being injured in a car accident, getting fired unfairly, or not getting repaid a debt.

The party who feels they were wronged starts a lawsuit by filing documents in court. The other party files documents in response. If the parties can’t settle the case, it goes to trial, where each side presents evidence and the court decides the outcome of the case.

Before starting a lawsuit, it’s almost always best to try solving the problem another way. Going to court can end up costing more than a dispute is worth. It’s rarely quick. Court proceedings are open to the public, and you may prefer to keep the details of your dispute private.

There are other ways to resolve disputes that can be cheaper, faster, and more effective. For example:

Learn about options for “alternative dispute resolution” in our information on resolving disputes without going to court.

In British Columbia, where you bring a lawsuit depends on the dollar value of the claim and its subject.

Claims for up to $5,000 must usually be taken to the online Civil Resolution Tribunal. This tribunal is an online system people can use without the help of a lawyer. There are some exceptions, such as where the tribunal considers the case to be too complex or if the claim is a certain type of dispute (such as a claim that affects land). We explain this more shortly.

Claims for more than $35,000 generally go to the BC Supreme Court.

Where you bring a lawsuit also depends on its subject matter. Certain types of claims must be brought in a specific court. For example, a lawsuit against the federal government must be brought in Federal Court. See our information on our court system in a nutshell for a high-level overview.

Certain types of civil claims must be brought in BC Supreme Court, regardless of the dollar value involved. For example:

As well, there are certain types of claims where a law says the claim must go to a tribunal. This is a body similar to a court that hears disputes and makes decisions in a specific area. For example, a claim for workers’ compensation benefits after a workplace injury must be brought to a tribunal that specializes in those types of claims.

While for the most part the online Civil Resolution Tribunal deals only with claims up to $5,000, there are two exceptions:

There’s a time limit to sue

The law in BC creates a time window to bring a legal action. Once this window, called a limitation period, has passed, it’s too late to start a lawsuit.

The limitation period starts to run once a person “discovers” their legal claim. A claim is said to be discovered on the first day you knew, or reasonably ought to have known, all the following:

For example, let’s say you take your car for engine repairs. It’s in the shop for a month. When you get it back, you see the car has a new problem — the back bumper has a major dent. The limitation period starts on the day you discovered the car was damaged and realized (or reasonably ought to have realized) it was the repair shop that did the damage.

A lawsuit begins with a document you prepare, file with the court (or tribunal), and deliver to the party you’re suing.

This document is called different things depending on the court. In Small Claims Court, it’s called a notice of claim. Before the Civil Resolution Tribunal, it’s called a dispute application form.

For the process before the Civil Resolution Tribunal, see the tribunal’s website.

For the process in Supreme Court, see the court’s Online Help Guide.

As you consider your next steps, it’s worth asking yourself a few questions.

You do not need a lawyer to go to Small Claims Court or bring a claim to the Civil Resolution Tribunal. But you'll probably better understand the process, as well as the strength of your case, if you get legal advice. If you have limited means, you might be able to get legal help from pro bono services, a student legal clinic, or an advocate. See our information on free and low-cost legal help.

The Civil Resolution Tribunal’s website explains how to bring a claim to the tribunal and what to expect from each stage of the process.

The BC government website has how-to guides on Small Claims Court, including making a claim, replying to a claim, serving documents, getting ready for court, and getting results.

The Supreme Court BC Online Help Guide, from Justice Education Society, provides step-by-step information on each stage of a lawsuit before that court. 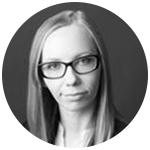 Dial-A-Law has more information on Going to court in the section on Resolving disputes.