When a relationship ends, spouses often have to deal with their property and debt. They have to figure out who gets what and who pays for which debts. Learn what the law says about property and debt division when spouses separate.

“When my spouse and I started living together, I owned a condo. During our four-year relationship, we bought some things together and racked up some credit card debt. We just separated a month ago. I learned that we each get to keep what we brought into the relationship. We’ll share paying off the debt and dividing up the stuff we got together during our relationship. Now, we’re making a separation agreement — so far, so good.” 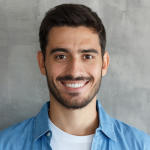 There are property and debt division rules

In BC, the Family Law Act sets out rules for dealing with property and debt when a couple separates. These rules apply to people who meet this definition of spouse:

People who lived together for less than two years are not spouses for the purpose of property and debt division. This is true whether they've had a child together or not.

If you are in a relationship but don’t meet the above definition of spouse, different rules apply. See our information for couples who aren't spouses.

Family property is everything you or your spouse own separately or together at the date of separation. But it doesn’t include excluded property. This is typically property that one of you owned before your relationship. We discuss this below.

The starting point for separation is that family property is equally divided between spouses. It doesn’t matter whose name the property was in, who used it, or who contributed to it.

Family property can include:

Each spouse keeps their own excluded property

Under BC law, excluded property is:

Excluded property belongs to the spouse who brought it into the relationship. But if its value goes up during the relationship, that increase becomes family property and will be equally divided.

Spouses can decide to share their excluded property when they separate. They can make an agreement that it will be treated like family property. They can agree that it will be divided between them. This agreement can be made during, or at the beginning or end, of their relationship.

Family debt is all debt that one or both spouses took on during their relationship. It includes mortgages, lines of credit, and credit cards. Family debt may include debt run up after separation. This is true if a spouse spent money to pay for or take care of family property.

Family debt is shared equally between spouses, regardless of whose name the debt is in or who ran it up. Spouses can make a different agreement about sharing family debt if they don’t want to divide it equally.

When might an equal division be significantly unfair? To decide, a court looks at many factors, including:

Spouses can agree to unequal division of family property and debt

Spouses can agree to divide family property and debt unequally. They can do this:

When are family property and family debt divided?

Family property and family debt are divided as of the date the spouses separate. On their separation date, each spouse becomes:

Is an inheritance family property?

Generally speaking, no. An inheritance that a spouse receives before or during a relationship is part of that spouse’s excluded property. But if an inheritance increases in value during the relationship, that increase is family property.

Also, in some unique circumstances, an inheritance can lose its excluded status. If an inheritance is in play, you should get legal advice from a family lawyer.

Are RRSPs and pensions family property?

Yes. Any registered retirement savings plans (RRSPs) or benefits in a pension plan that each spouse built up during the relationship is family property. The law has special rules for dividing most kinds of pension plans. There are separate rules for dividing Canada Pension Plan credits and other pensions not found in the Family Law Act.

Dividing pensions is complicated. You should get help from a lawyer with this. In the meantime, the Family Law in BC website from Legal Aid BC has information about dividing pensions and other benefits.

What happens if a spouse tries to hide or sell property?

If a spouse tries to limit or interfere with the other spouse’s property interest, a court can:

Do I have to go to court?

But if you and your spouse can’t agree, you’ll need to apply to court for an order dividing property and debt. There’s a deadline for starting this action. You have to start it two years from the date of divorce (for married spouses) or the date of separation (for unmarried spouses).

The Family Law in BC website from Legal Aid BC has information about dealing with property and debt when spouses separate.

The BC government website explains how separated couples can deal with property and debt.

The wikibook JP Boyd on Family Law, hosted by Courthouse Libraries BC, has in-depth coverage of family property, excluded property, and family debt.

The Family LawLINE, operated by Legal Aid BC, is staffed with lawyers who provide free family law legal advice over the telephone to people who can’t afford a lawyer.

Also see our information on free and low-cost legal help. It explains options such as pro bono services, legal clinics, and advocates. 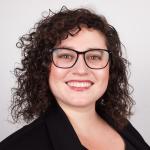 Dial-A-Law has more information on Support & property in the section on Families + Children.