If you’re unhappy with something at work, you can make a formal complaint — whether you’ve already talked to your employer or not.

What is a “formal complaint?”

When things go sideways at work, there are lots of ways you can report your dissatisfaction — like talking to your boss or writing an email to HR. But the kind of formal complaint we explain here is different.

Here you’re going outside the organization, straight to the government agency that protects (most) workers in BC.

Not everybody is covered

Generally, if you’re seen to be an “employee” in BC, you have this option. That’s because you’re covered under a BC law called the Employment Standards Act.

It means you have a basket of rights that include the right to take a workplace complaint to the Employment Standards Tribunal. The tribunal isn’t a court, but it’s like a court. It’s set up to deal quickly and efficiently with most workplace disputes.

But not all workers in BC are seen to be an “employee” under this law.

Typically, if you work at a bank, airline, or telecom company, you can’t bring a complaint under BC employment standards law. (You still have rights, and you’re protected under a federal law that applies across all provinces. But the process is a bit different.)

Independent contractors, too. With the gig economy taking root, that’s what many people are becoming. Contractors charge by the job and are seen to be in business for themselves.

But careful. Employers will often say you're "on contract" to try to deny you rights as an employee. You may be pleasantly surprised that you can use the formal complaint process after all!

Need help figuring out if BC employment standards law applies to you? See our information on who’s covered.

You may have a limited time period to make a complaint

Be aware you have six months from your last day in a job to make a complaint.

For example: Let’s say you were let go on June 1. Your boss said you were being fired for a reason you dispute. You’d have until December 1 to make a formal complaint.

You can make a complaint anytime while you’re still in a job. The Employment Standards Branch reviews issues that took place within a year of your complaint.

There’s a limit on what you can complain about

Typically, people file complaints with employment standards about things like vacation pay, overtime pay, stat holiday pay, and severance pay owed based on length of service in a job.

You can’t use the employment standards process for certain other types of complaints. For example:

If your concerns fall in any of those categories, you should check out the “Who can help” section for helpful links.

Your employer can’t fire you for making a complaint

A common fear is that if you complain on the job, your boss will brand you a troublemaker and fire you.

Your boss can’t do that. But realize that a complaint is the equivalent of accusing your employer of breaking the law. It carries a very nasty sting and has the potential to burn bridges.

Also keep in mind you can be let go for no reason — but that’s as long as your employer gives you the required notice or severance pay under your employment contract (or at least the minimum under the law).

An employer holds all the cards here. They can choose whether to keep or discard any employee at any time. This is called “termination without case”, or a layoff. Though again, the employer must give you the required notice or pay.

All this shouldn’t deter you from making a formal complaint when you’ve suffered a true injustice — like going many weeks without getting paid. But if it’s a less weighty complaint, perhaps a talk with or a letter to your boss can be the first step.

Your employer can’t mistreat you for making a complaint

Another common fear is the backlash. You’ll be in your employer’s “bad books” if you complain about something. And you’ll then be worked like a mule on the Erie Canal. Or worse.

Good news: an employer can’t do this. They can’t withhold your pay, discriminate against you, or fire you for bringing a complaint. Or even threaten to fire you.

If they do any of these things after you make a formal complaint, you can make a further complaint. Or even launch a lawsuit to seek compensation.

Ready to make a formal complaint? Here’s the path ahead.

Step 3. Wait for a response

A formal complaint can be an ordeal. It can involve many documents, meetings, and compromises. Don’t expect things to be cleared up overnight.

Consider whether a hard talk might not be a better plan. Sure, a hard talk is … hard. But if it doesn’t feel impossible, it may be the better way to go. Or at least, the better place to start.

Or, a strongly worded letter to your current (or perhaps, ex-) employer may spur them into giving you what you’re entitled to. Make sure to be clear and respectful in tone.

The Employment Standards Branch has an online tool to help you consider the best response to your situation. They also have agents you can reach by phone or email. Sometimes these agents can help you find a workaround. See their solution explorer and branch contact information.

Your complaint must be made in writing.

Include anything that backs you up. Emails. Letters. Your paystubs (if part of your pay was missing, for example). Your timesheets. Your written employment contract (if you have one). Or the termination letter (if your complaint relates to being fired).

You can specify that you don’t want your identity disclosed to your employer. So, you may be able to get through some or all of the complaint process anonymously.

Step 3. Wait for a response

If the branch does launch an investigation, there won’t be a hearing or mediation. You can either accept the decision or appeal it. (More on that in step 6.)

The Employment Standards Branch may offer to resolve your complaint through mediation. This is a less formal meeting between you, your employer, and a neutral third party — the mediator.

The mediator is on nobody’s side. They have no decision-making authority. Their job is to help the two sides reach a solution, often in the form of a compromise.

Mediation may be done face-to-face or over the phone. The mediator may also talk to each side individually. It’s a safe space. Anything you say during this process can’t be held against you later on. But keep in mind, any documents you submit can be used as evidence in a hearing.

If mediation solves the problem, awesome. The mediator will help you prepare a document called a settlement agreement. Both parties will sign it. Now it’s legally binding. Both of you will receive a copy.

If you can’t reach an agreement, the matter will head to a complaint investigation or hearing.

An officer of the Employment Standards Branch runs the hearing. This person — called an adjudicator — hears both sides of the story of the complaint. Then they make a decision.

Before your hearing, organize your documents. Make a list of the main points you want to get across. You can even write a script for yourself.

Both you and your employer will present evidence. This includes any relevant documents. You also have the right to call witnesses. These people are your lifelines: be sure they’re available and willing to participate.

At the end of the hearing, the adjudicator will issue a written decision. It’s called a determination, and it’s a legally binding document. It can be filed and enforced in the BC Supreme Court.

If you aren’t happy with the decision at the hearing, you can appeal. Generally, you have 21 days, so act fast.

Think about why you’re appealing. Did the adjudicator fail to understand the law? Did they act unfairly to you, like refusing to let you cross-examine a witness? Did new evidence emerge after the decision? These are good grounds for appeal.

If you’re just unhappy the decision didn’t go your way, well … that’s like sending your exam back for re-grading. Don’t be surprised if you don’t get a better outcome. Either way, you’ll get a written copy of the appeal decision.

The BC government office that deals with complaints against employers.
Call 1-800-663-3316Visit website

To make a complaint if you work in a federally-regulated industry, Employment and Social Development Canada can help.

Typically, if someone violates your human rights in the workplace, you complain to the BC Human Rights Tribunal. If your issue is about work safety, like an injury on the job, contact Worksafe BC.

Deals with discrimination complaints under BC law.
Call 1-888-440-8844Visit website

If you’re not covered by employment standards law (for example, if you’re an independent contractor or gig economy worker), you may need to go through the regular court system.

The amount you claim affects where you bring your lawsuit. If it’s for less than $5,000, you can use the Civil Resolution Tribunal. This online tribunal can be a faster and cheaper option than court.

Lawsuits can be tricky and difficult to navigate on your own. Good news is, there’s low-cost and even free legal help available.

(To be fair, the first four are options for help, and the fifth — the online tribunal — is a low-cost path to bringing a legal action.) 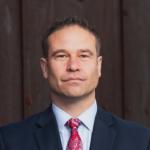 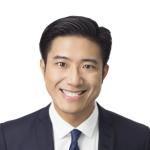 Dial-A-Law has more information on Problems at work in the section on Work.