If you have a problem with a doctor

If you’re concerned with the treatment provided by a doctor or about a doctor’s conduct, there are steps you can take. Learn how to make a complaint about a doctor.

Depending on the problem, you have options

If you have concerns about a doctor, your options depend on the nature of the problem:

If you make a complaint about a doctor to the College of Physicians and Surgeons, you can also contact the police or sue the doctor for damages at the same time. In fact, if a doctor has harmed you and you want compensation, your option is to sue the doctor. The College cannot get money for you — only a court can do that.

Deal with the problem

Step 1. Talk to the doctor

Most doctors are willing to address a patient’s concerns directly. If you have a concern about a doctor that involves communication, conduct, or the treatment received, feel free to openly discuss it first with the doctor. If your concern involves a doctor in a hospital setting, you can also raise your concerns with their department head or the hospital’s medical director.

Step 2. Make a complaint about the doctor

The regulatory body for doctors in British Columbia, the College of Physicians and Surgeons of BC, works to ensure that patients receive quality medical care and are safe and protected when treated by doctors.

A patient or member of the public may file a complaint with the College about a doctor for:

How to make a complaint

You can make a complaint about a doctor by:

Send the complaint form or letter to the College by mail or fax. For contact details or more information, call toll-free 1-800-461-3008 or visit the College’s website.

There is no deadline to make a complaint, but it’s good to make one as soon as you can.

For complaints of sexual misconduct or inappropriate behaviour by a doctor, you can call the College to speak with an investigator (toll-free at 1-800-461-3008). The investigator will explain the process and help you make a written complaint. You can discuss your concerns, and decide whether to proceed. If you don’t proceed, the College may not be able to investigate or take action against the doctor.

Step 3. The College investigates the complaint

The College of Physicians and Surgeons investigates every complaint it receives. It typically reviews the patient’s medical records, and asks the doctor and any other health care providers involved to respond to the complaint. It may get more information from the person making the complaint (called the “complainant”) and other people, including experts.

A committee of the College, made up of doctors and members of the public, assesses every complaint. The committee provides a written decision on the complaint. They may (among other things):

Step 4. Apply for a review of the decision

If you disagree with the College’s decision on your complaint, you can apply for a review of the decision. You apply to the Health Professions Review Board. You have to deliver your application to the Board within 30 days of when you receive the College’s decision letter. If you apply after 30 days, you must also apply for an extension to file your application, explaining why you missed the deadline. You can contact the Review Board by calling toll-free 1-888-953-4986 or visiting their website.

Can I make a complaint on behalf of someone else?

What if my concern is with another type of health care provider?

How do I complain about a hospital or health authority?

If your concern relates to medical care received at a hospital or from a health authority, first you can complain to the place that provided the care — for example, the hospital. That body will then follow its own complaints process.

If that does not solve the problem, you can file a complaint with the Patient Care Quality Office of the health authority. Each health authority in British Columbia has such an office.

If you disagree with the decision by that office, you can ask for a review to be conducted by the Patient Care Quality Review Board. Each health authority has such a board. For more information, call 1-866-952-2448.

The College of Physicians and Surgeons of BC website explains the process to make a complaint about a doctor, and has a complaint form you can download.

Michelle Stimac, College of Physicians and Surgeons of BC 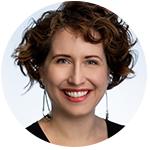 Dial-A-Law has more information on Doctors & hospitals in the section on Health.